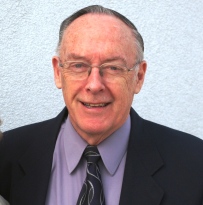 Children of the Bible, Part 9 by Allan McGuirl

As we look at children of the Bible, I would like to deal with a passage that is seldom mentioned and rather difficult. I am doing this because so often these two particular verses are misunderstood and I would like to shed some light on them. Last week we talked about Elijah raising the widow’s son back to life. Not too long afterwards, Elijah was taken up into heaven in a whirlwind and a chariot of fire. Elisha was already serving as Elijah’s assistant and it was revealed to both of them that Elijah’s ministry was coming to an end. When it was Elijah’s time to leave, he asked Elisha what his desire was. Elisha responded in II Kings 2:9, “Please let a double portion of your spirit be upon me.” Elijah replied, “You have asked a hard thing. Nevertheless, if you see me when I am taken from you, it shall be so for you; but if not, it shall not be so.” Can you picture Elisha seeing his master taken up into heaven in such a manner? He must have been startled, saddened and awestruck all at one time. In any event, he picked up Elijah’s mantle, or cloak, and thus his ministry begins. Shortly after this event in chapter 2, we read these words, “Then he went up from there to Bethel; and as he was going up by the way, young lads came out from the city and mocked him and said to him, ‘Go up, you baldhead; go up, you baldhead!’ When he looked behind him and saw them, he cursed them in the name of the Lord. Then two female bears came out of the woods and tore up forty-two lads of their number.”

In first reading of this, the punishment of these mocking lads seems harsh beyond understanding. However, the actual original text does not call them small boys or young lads. A more correct translation would be insignificant young men or youths, and often referred to men of 30 or 40 years of age. Bethel, which had once been a place for worshipping God, had become a place of idol worship and a place where many young men were trained in the worship of foreign gods. It is in Bethel that King Jeroboam set up the golden calf as an idol for the Israelites to worship. The town had become idolatrous and not at all friendly toward the true servants of God, even though there still existed a school of the prophets within it. These young men, no doubt, knew who Elisha was and knew that Elijah had been recently taken up into heaven. Their taunts of “go up” may have suggested that they would be happy for Elisha to disappear too.

In all likelihood, Elisha was on his way to the school of the prophets to encourage them and to share what he had learned from Elijah. These young men surrounded Elisha and purposefully mocked him. They were not just a couple of foolish boys acting out on a whim. The passage clearly indicates there were more than 42 of them, so this was not just a chance, silly bit of jesting. For this many young men to come in a gang after Elisha shows that this was a purposeful attack, not only on Elisha, but on the God of Israel.

I have often wondered if the two female bears had young cubs nearby, and with the commotion caused by these young men they came out after them. How many of the men, if any, died as a result of the attack we are not told. Those who would point to passages such as this and criticize the harshness of God in harming little boys have really not looked into the passage in any depth.

What do we really learn from these few verses in II Kings? I think we see that it is never wise to mock God. These young men knew better. I think too that we see the influence of idol worship. These young men felt they had to “protect” their gods by belittling another. The truth is, the true God doesn’t need protection. And where did these young men get all of these ideas and attitudes? We cannot ignore the influence of parents on their children. Let us be diligent in teaching our children and grandchildren the truth about our awesome, loving, redeeming God.