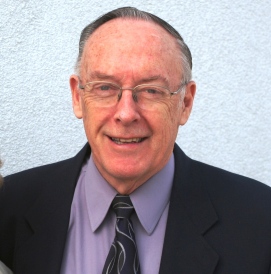 Children of the Bible, Part 15, by Allan McGuirl

For the past several weeks we have been looking at children of the Bible – exciting accounts of how God uses children to teach us many lessons. The account in John’s Gospel chapter 6 is no exception. In the previous chapters of this Gospel, Jesus has been travelling throughout the Holy Land, where he was talking to the Samaritan woman at the well. He healed the official’s son and turned water into wine. By the pool of Bethesda, he healed a man who had been lame for 38 years. And then, of course, we have the Jewish leaders ignoring the great miracle and accusing Jesus of breaking the law by healing on the Sabbath.

Now in chapter 6, Jesus had returned the region of Galilee and masses of people were following Him. So, after all of these previous miraculous signs, we see Jesus sitting down on the mountainside. He had crossed over to the far shore of the sea, probably travelling north to the seaside near Capernaum. The crowds had been listening to Jesus all day, bringing the sick to be healed and those who were demon-possessed to be set free. Now it was late in the day. As He surveyed the crowd, the disciples urged Jesus to send the people to their homes to get food because they had been with Him all day. Jesus challenged them to feed the crowd. Philip, with his quick calculation, replied that it would take half a year’s wages to feed that many people. His calculation did not take into consideration the power of the One he was addressing. We are so much like Philip: we see the enormity of the problem, we check out our meagre resources, and realize quickly there is no way we have the answer. We have all been in these situations. Maybe we don’t have money for the rent or mortgage, or for medicine, car repairs, food, or some other unexpected expense. But then there is JESUS. Do we trust Him to meet our every need?

Meanwhile, one of the other disciples, Andrew, had quietly moved through the crowd to check out what resources there really were. All he could find was one little boy’s lunch: 5 small loaves of bread and two fish. He brought the boy to Jesus. The children in this story, along with the women, were not considered significant enough to even count. Yet God was going to use both to perform a miracle. God often used the people we think the least important to accomplish His great purposes. I am sure you can think of someone like that even now.

Do you like to share your food? I think this young boy felt honoured to be able to give up his lunch to this great teacher, healer and prophet. Maybe he was thinking that Jesus was hungry after a long day of teaching and healing. Maybe he thought Jesus would share it with His disciples. I wonder if this is what the miracle looked like from the boy’s perspective: He watched as Jesus took the fish and bread and gave thanks. He watched as Jesus instructed the disciples to have the crowd sit down in groups of 50 and 100. He watched as Jesus broke each little loaf apart and gave a piece to each of the disciples, and then saw Him give a small fish to the remaining two disciples. He watched as the puzzled disciples started to give out a little morsel of food to each person. He watched incredulously as each disciple had more in his hand every time he passed some out. He watched as members of the crowd started to share with those sitting next to them and he was awestruck at how everyone was starting to eat with lots to go around. He received a part of his own lunch, and then more and more without any end. Everyone was eating, the disciples were thrilled, the people were being fed, and the young boy was overwhelmed to see his small lunch feeding this huge crowd. Again he watched as Jesus told His disciples to gather up the pieces that were left over. Each of them filled their basket – 12 baskets full. The boy looked at the leftovers and marveled that there were more left over than he gave to Jesus in the first place. He returned home trying to process what he had just witnessed. He ran to his mother and recounted the whole story. Did his mother ever think that when she lovingly packed a lunch for her son, that God would use that lunch to perform a miracle that would be recorded in God’s precious Word? I’ve often wondered how this event impacted the rest of this boy’s life. Maybe we can ask him about that when we reach Heaven.

You know, this story reminds me of a radio station we had to set up in Tanzania, in Africa. We were given only 30 days to get the station on the air or else lose the license. We needed $30,000, so we met for prayer. While we were praying, a man arrived at our Galcom office at that exact moment. “I have a donation for you that I wanted to drop off,” he said. Guess how much the cheque was. Yes, $30,000. We quickly set to work, and our installer, Dave Casement, was able to get the station on the air within the allotted time.

Yes, God answers prayer. He used a boy’s lunch to touch lives; He used a man’s donation to touch lives. What is it that you have to willingly give to Jesus? He is able to take it, bless it and multiply it to accomplish great things for His Kingdom. Let us be willing givers of what God has loaned to us.