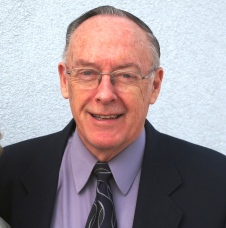 Children of the Bible, Part 21 by Allan McGuirl

Over the past weeks we have been looking at children of the Bible in all kinds of circumstances. Well, this is another special story about a boy whom I am sure you haven’t heard much about; in fact, we don’t even know his name. However, I see him as a real hero at just a young age – probably around 10 years old, I would guess.

The setting is recorded in Acts 23:12-35 and this boy was the son of Paul’s sister. He happened to live in the area of Jerusalem and overheard a group of evil men planning a conspiracy against Paul. I like what the dictionary says about a conspiracy. It is an evil, unlawful, treacherous plan, formulated in secret. The Bible says more than 40 men were involved in this wicked plot.

You see, Paul had been brought before the Sanhedrin in Jerusalem. This was a group of chosen men from among the religious leaders of the day. Even then, many of the religious leaders disagreed on the main doctrines of Scripture. The Pharisees believed there was a resurrection as the Scriptures teach, but the Sadducees had explained away the resurrection in a figurative manner, and so there was much contention between these two particular groups. Paul, having been a member of the Sanhedrin in time past, knew about this heated contention and so, in his defense, mentioned that he was being tried for his belief in the resurrection. Immediately, the Sanhedrin became polarized, with the Pharisees defending Paul and the Sadducees condemning him.

After the meeting, those who opposed Paul met together and over 40 of them made a solemn oath not to eat or drink until they had killed Paul. Now, medical experts say a person can live up to about 21 days without food but without water, some people would die within 3 days, or at the most 10. But these men meant business. They already had a plan in mind. On the pretense of wanting to judge Paul for blasphemy and for causing havoc throughout the land, they would petition the governor to have Paul brought out of the barracks in the morning and taken before the authorities. They would be well-prepared to ambush Paul on the way there and kill him. Their plan could easily have succeeded if God had not intervened. You see, even the plans of evil men cannot prosper when they attempt to thwart God’s plan.

Here is where God used a young boy to do the unexpected. This boy was probably ignored by the scheming men who sought to harm Paul. They had no idea he was really listening, nor did they know that he was Paul’s nephew. On hearing the plan, the boy made his way to the barracks, gained access to his uncle and told him the whole plan. Paul in turn called one of the centurions. A centurion was a soldier in charge of about 100 other men, so generally he was a man of integrity. Paul did not tell the scheme to the centurion, though; instead, he told the centurion that the boy had an important message for the army commander. The boy was taken immediately to the commander. I can almost see the commander bending down to the young lad, asking, “What is it you want to tell me?” With great courage he uncovered the entire plot of Paul’s enemies. In all likelihood it was not easy for this young boy to stand before the army commander, not knowing whether he would be believed or whether he would be made fun of and run out of the compound. However, the commander listened carefully, and I can just imagine what was going through the commander’s mind when he realized these men were trying to manipulate him for their own purposes. He sternly instructed the boy, “Don’t tell anyone that you have reported to me.” Immediately, the commander called his centurion and ordered him to get a detachment of 200 soldiers, 70 horsemen and 200 spearmen ready and to take Paul by night to Caesarea. They even provided a mount for Paul so that he could be taken safely to the Governor Felix.

None of this would have happened if a young lad, full of courage, boldness, and concern for his uncle, had not spoken up to save Paul’s life. God can always use willing, obedient children to accomplish His will.

Now, I have often wondered what happened to these 40 plus men when they found out their plans were useless. Religious leaders took oaths very seriously. Did they try to make additional plans to kill Paul? Did they try to hire someone to do the job for them? How long did they keep their oath not to eat or drink until they killed Paul? Of course, we don’t know the answer to any of these questions, but one thing is clear: we need to be very careful about the promises we make.

You see, God had a plan for Paul’s life and He had already told Paul that he would appear before the Roman government. God had much more for Paul to do and nothing was going to interfere with God’s plan. Isn’t it wonderful to know that God has a plan for our lives? We don’t want to miss it.

Another interesting thing, folks, is that when we get to heaven, we are going to meet a lot of great people. I am sure this boy is there now and we will be able to meet this young hero. May we also have the boldness to speak up for what is right.